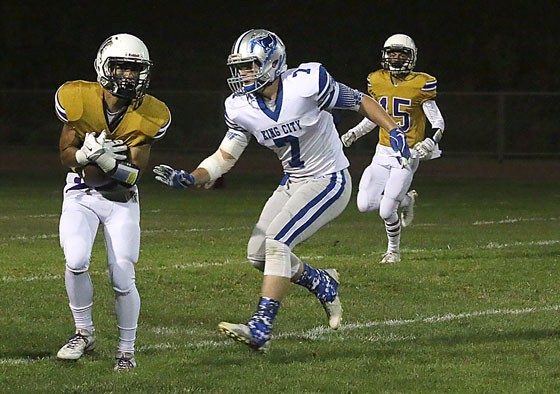 “Robbie (SantaAna), is the most talented player in the MTAL,” said Frankie Berlanga. “He allows us to open up the playbook and take risks down field. What he did for us this season helped us set offensive records in school collectively and individually. Geronimo (Serrano), is a team captain and has been a force for us on both sides of the ball. Not only is he dependable to perform at a high level but his intelligence helps us keep everything synchronized up front.”

“Barbree was the league leader in quarterback sacks and was a big weapon on offense seeing double coverage every game and still produced good offensive numbers,” said Villanueva. “Briseno was the guy who took advantage of all the attention that Barbree received and was one of the top receivers in the league in receptions, yards, and touchdowns. I never worry about replacing an impact player like Barbree. It’s the nature of high school football. We only have these young men for 2-3 years on varsity and then we get a new group and those new groups we are lucky to have those 2 for three impact players who step up to help us.”