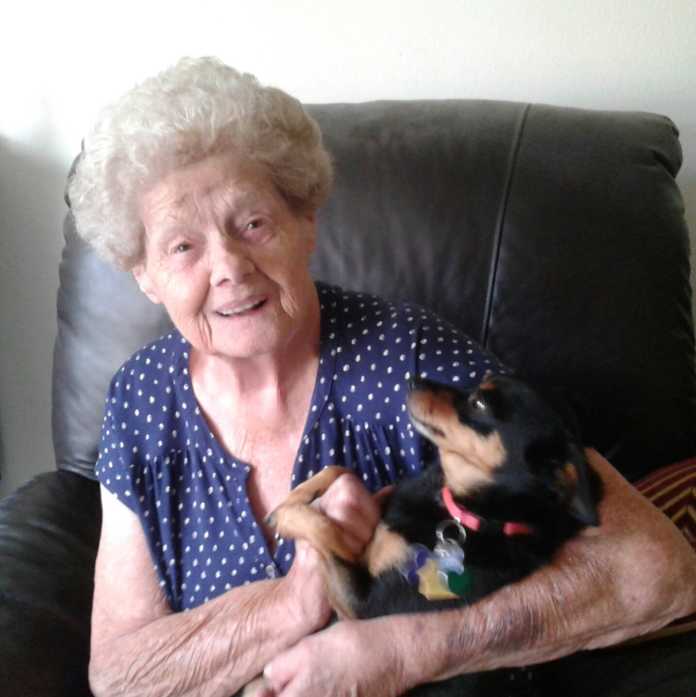 Regina M. Ng, a longtime resident of King City, passed away from natural causes at the age of 83 on March 18 in Temecula, Calif.

Regina was born Regina M. Gelnar to the parents of Leopold and Olga Gelnar in Troppau, Czechoslovakia, in the year 1933.

After living through World War II in Czechosloviakia and Germany, Regina moved to King City in 1958 with her husband Sgt. Willie Ng, U.S. Army. They ended up moving into their home on Pearl Street, living there for 59 years until she moved to Temecula in 2013.

Regina was a homemaker and raised their two sons Michael and David in their home on Pearl Street. She enjoyed playing games and taking walks with her dog.

Regina is survived by her son Michael and his wife Cindy; son David; brothers and sisters, Gerhard, Leopold, Margit, Irmgard, Herbert, Wilfried, Siegbert and Uschi; and granddaughters Theresa and Veronica.

She was predeceased by her husband Willie and her brother Herbert Gelnar.

Regina will be deeply missed by her family, friends and her dog Foxy.

A Memorial Service was performed March 31, 2017, at the San Joaquin Valley National Cemetery in Santa Nella, Calif., where she was laid to rest with her husband Willie.

In lieu of cards or flowers, donations can be sent to American Heart Association at https://donatenow.heart.org.