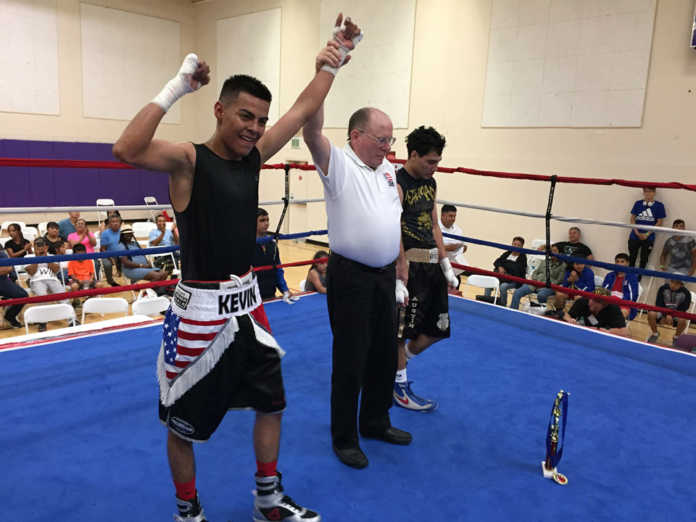 Perez a headliner at Paso show

PASO ROBLES — San Ardo Boxing Club member Kevin Perez was the headliner at the Battle of the Coast Boxing Show that took place in the Kennedy Fitness Club on Saturday, June 10. Perez won by unanimous decision in the 132 pound weight class.

“It was exciting because we had over 300 people attend the show,” said San Ardo and King City Boxing Clubs head coach Rodolfo Tapia. “Many of the people that showed up were there to see Kevin Perez because he always puts on good show. He was very happy to box and win in the town he lives in.”

The San Ardo and King City Boxing Clubs are continuing to train but will not participate in another show until July 1 when team members will travel to Salinas to fight at the Rock Gym.