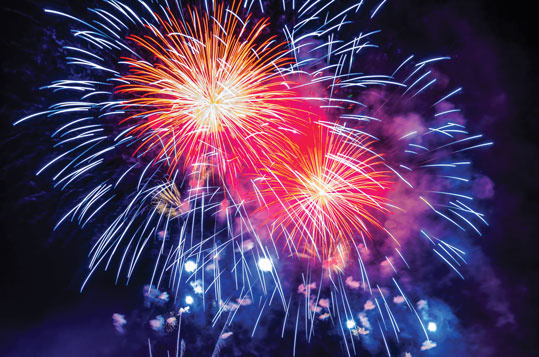 King City gears up for 4th of July

KING CITY — Come celebrate Independence Day with King City on Tuesday, July 4, beginning with the annual parade at 10:30 a.m. along Broadway Street and ending with the fireworks show at dusk at the Stampede Grounds off San Lorenzo Avenue.

Entries to participate in Pacific Valley Bank’s Fourth of July Parade in King City are currently being accepted until Friday, June 23. The bank will be awarding trophies for each parade entry category.

Forms are available at Pacific Valley Bank, 302 Broadway St., and the King City Chamber of Commerce and Agriculture office, 200 Broadway St. They may be returned to the bank, either in person, by mail or fax.

Monetary donations are still needed for this year’s Aerial Fireworks Show, hosted by the chamber. To donate, contact the chamber at 831-385-3814 or stop by its office.