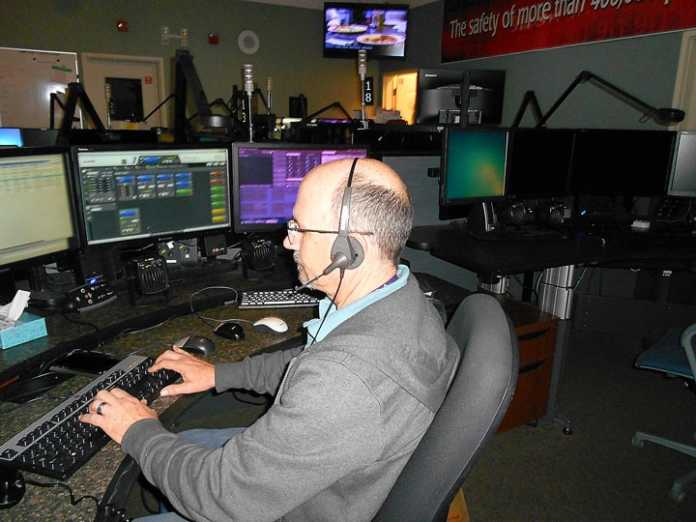 Going behind the emergency calls

MCECC has been answering emergency and non-emergency calls since it was built in 2004 in Salinas. As of June 1, the Center also began answering texts to 911 calls.

Answering texts to 911 calls is a service available to all, but Harry stated that it was best to call using a phone for “immediacy.” The texts to 911 help serve the needs of those with hearing and speaking impediments as well as those in emergency situations for whom being heard would place their lives in danger. For example, someone hiding in a closet would not want a criminal to hear him or her. That person might send a 911 text instead.

However, Harry cautioned that the texts to 911 calls are not a guaranteed service, as are the phone calls.

While the text service has worked so far, there are some drawbacks: texts to 911 may be delayed; there is no confirmation that the text is received; and the service may be unavailable at the time of the call.

Depending on the nature of the emergency, calls are also classified by responding agency contacted. In May, the Center received 61,000 calls from the public, of which a dispatcher referred 48,649 to the appropriate agency:  law enforcement (41,277); fire (4,020); and emergency medical service (3,313).

Of the more than 48,000 calls, about 9.5 percent South County calls were referred to the police department (5,109). Greenfield generated the most dispatcher referred calls (1,798); King City 1,379; Soledad 1,267; and Gonzales 665. Of the 1,798 Greenfield Police Department calls in May, most were for traffic stops (280); other types of calls were for assault with a deadly weapon, rapes and child molestation.

Those working at the Center may be call takers, dispatchers, or both. Call takers answer the calls from the public and “interrogate” the caller. They try to obtain as many details from the callers as possible, which dispatchers will then relay to the appropriate responding agency.

According to Harry, caller takers/dispatchers often “talk to people at the worst time of their lives,” but “there’s lots of satisfaction in public safety.”

“Community service. I want to give back to the community I live in,” answered Jim Hayes, a 15-year employee, when asked what was important to him about his job. “While the job can be stressful,” Hayes said, “I don’t take it home,” referring to the types of calls that he handles.

At the time of the visit to the Center, Hayes was answering the emergency calls for South County. But no one is assigned to a particular area. Call takers/dispatchers are expected to become familiarized with all areas.

In front of Hayes were six computers serving different functions and displaying different data. For example, one computer displayed radio/police information while another showed maps of South County cities.

The Center also houses an academy where classes are held.

“Very rewarding; it’s never the same,” said Lorri Scarlot, operations supervisor and training coordinator, of what she enjoys about her job.

About 17 years ago, Scarlot began by taking calls, then dispatched, and later supervised shifts. Now she trains others. The work at the Center is for someone “looking for a career,” Scarlot said. “Adrenaline junkies looking for excitement” are also attracted to work done at the Center.

Harry would like to see more call takers/dispatchers hired. He explained that one of the challenges for the employees is being able to “compartmentalize what happens on the job and not take it home. They must have phone skills, be calm, control the call and obtain what is needed from the caller.”

The job is “technology heavy;” therefore, employees need to be “keyboard friendly,” he said.

For questions, concerns or compliments, email the Center at [email protected] Or, contact local police departments, which will send the information to the Center.