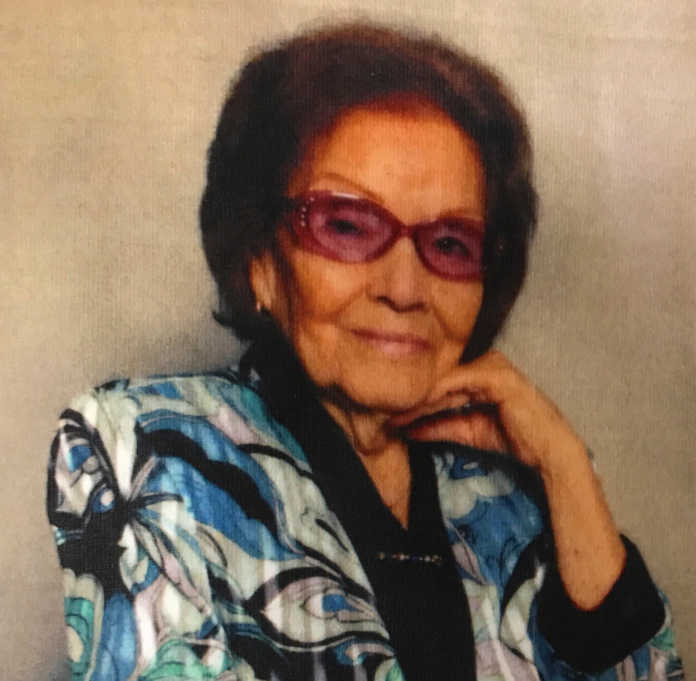 Francisca Olivan, age 90, was taken home by Our Heavenly Father on 22 February 2017.
Francisca was born 23 July 1926 to Pedro and Paula Olivan in Dallas, Texas.
Francisca is preceded in death by two daughters, her husband, two sisters, a brother and her parents.
Francisca worked as a food inspector for Basic American Foods for 22 plus years. She was employee of the month numerous times and received many awards.
Francisca was known for making tamales once a year for her son-in-law SSG Lowell Johnson and his platoon when they went to Fort Hunter Liggett or Camp Roberts for their 2 week annual training.
Francisca loved to sing, dance, write poetry, decorate and dress for the holidays. She enjoyed life to the fullest.
Francisca is survived by her daughters, Sandy Villareal of Lodi; Maria De Los Angeles Johnson (Lowell) of Lodi; and Feliz McColligan Don) of Oregon. She is also survived by her brother Domingo Olivan (Elena) of Texas; Rosario Arrendondo (Antonio) of Texas, Gregoria Silva (Aureliano) of King City, 9 grandchildren, 14 great-grandchildren, 5 great-great-grandchildren, and numerous nieces and nephews.
Visitation and rosary were held at Lodi Funeral Home and celebration of life was held at her daughter’s home. Burial was at Cherokee Memorial Cemetery in Lodi, California. Francisca will be missed by those that love her. Rest in Peace.