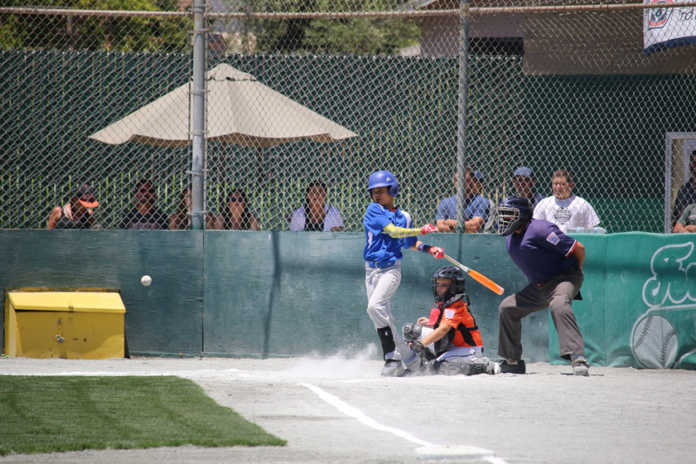 SOUTH COUNTY — The Gonzales Major Little League Dodgers completed a great season with a 21-5-1 overall record for a second place finish in the California District 9 Tournament of Champions. The Dodgers lost the first game of TOC then ran off five straight wins to earn a game with the Hollister Giants.

The Gonzales team needed to beat Hollister in Saturday’s game at Ferrasci Park in Salinas to play a second game for the TOC title, but lost 6-2 to the Giants. Gonzales had never come this close to winning a Major TOC title.

To reach the game with Hollister the Dodgers began the week with a 12-2 win over Atlantic on June 12 and edged Continental on June 13 by a 7-6 score.

The Dodgers, who are sponsored by Gonzales Irrigation trailed 5-0 in the fourth inning against Hollister and left two men on base in their half of the inning. Gonzales scored two runs in the bottom of the sixth with runs by Fidel Gudino and Nathan Dixon. Gudino scored off a walk and pair of passed balls and Dixon hit a base hit and score on an overthrow and two passed balls.

“We had a good season and our players have much to be proud of,” said Dodger Manager Fidel Gudino. “I am pleased how we fought back and were within one game of playing for the TOC championship. We started the season with an 11-0 record so I knew that we were a good team. It was great to have the winning streak after losing our first game of TOC. Jaime Arroyo, Nathan Dixon, Champ Flores, and Fidel Gudino did a good job pitching and we had Alexander Ramirez, Larissa Gudino and Jaden Ramirez step up for us on defense. Our players should be proud of themselves for the way the play and for earning their medals.”

Gudino will coach the Gonzales Major All-Star team that begins play on Saturday against King City at 9 a.m. in Greenfield.