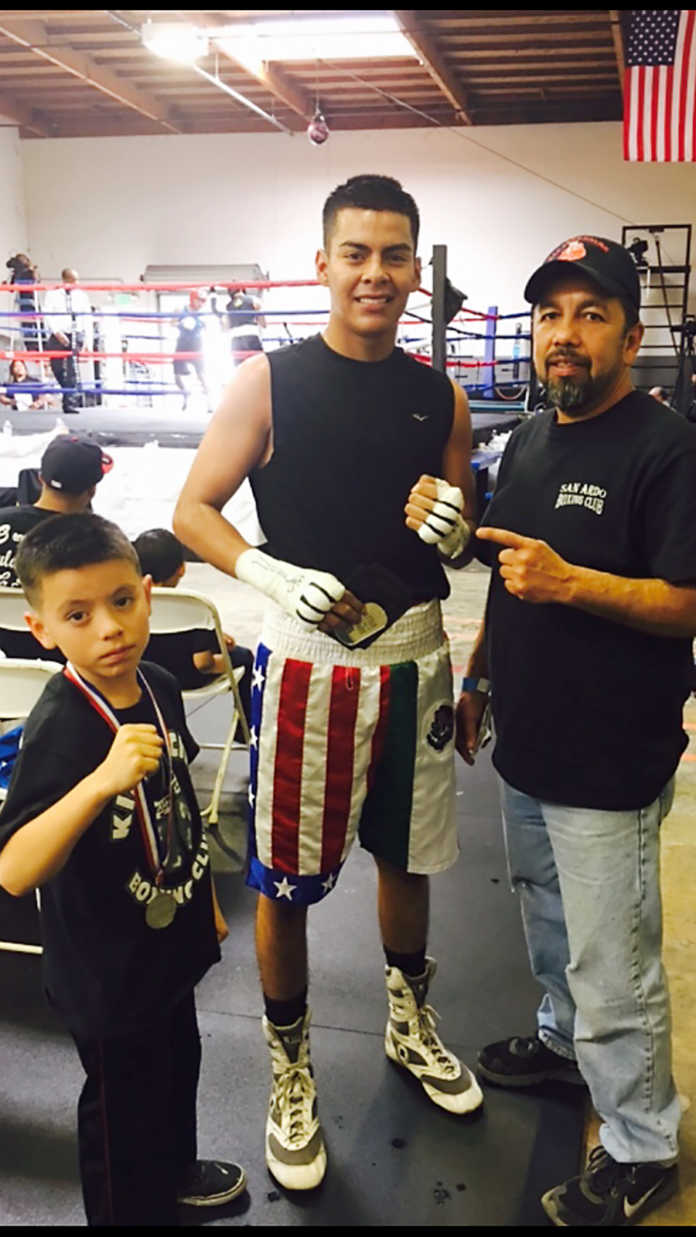 Perez fought in the 140-pound weight class and Almanza fought at 54 pounds.

“I took three boxers to fight but only two were able to get matches,” said Coach Rodolfo Tapia. “Garrett Mitchell was going to fight but his opponent pulled out of the 165 pound fight. Kevin Perez was ready to fight at 135 pounds but had to gain some weight as he had to fight a heavier fighter when there was no one to fight in his weight class.”

He continued, “I took him to eat and he was able to go up to 140 pounds. There was still a 10 pound difference but Kevin looked good in the win. Kevin is 19 years old and had to fight a guy that was 31 years old. Ivan lost the first round and then did better win the second round.

“In the last round he fought hard but he lost at the end by split decision.”