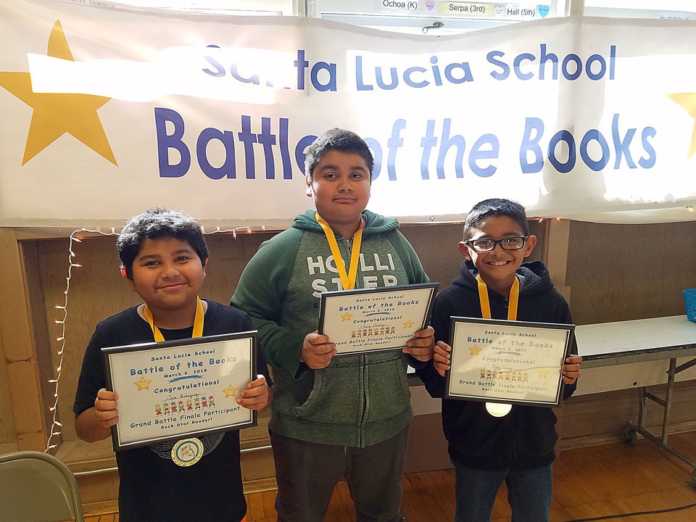 Students partake in book battle for ‘Read Across America’ week

KING CITY — Santa Lucia Elementary School students recently celebrated “Read Across America,” a weeklong celebration ending on the final day, March 2, by dressing as their favorite book character and culminating with a Battle of the Books competition.

Battle of the Book participants have been reading 10 of 15 titles over the past three months to prepare for the “battle.” Third through fifth graders were asked to read the titles and pass a comprehension exam about the book in order to qualify to be included in the battle. About 50 students qualified.

Teams were assigned and students put their heads together to come up with the answers. By lunchtime on that Friday, all but two teams had been disqualified.

The students demonstrated not only their knowledge about the books they read, but were also asked to answer in complete sentences and to always demonstrate good sportsmanship.