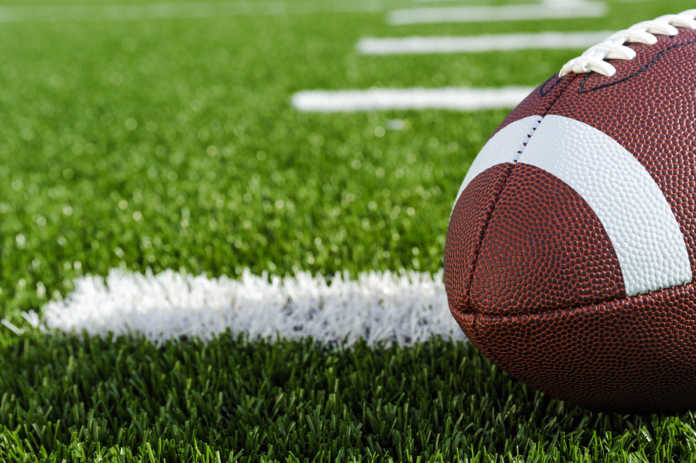 “They (Soquel) controlled the clock the entire game,” said King City head coach Mac Villanueva. “That limited our offensive snaps with their long drives. We take the opening drive down to their three-yard line and fumble the ball on the snap on first and goal. Turnovers absolutely made a difference.”

After that first turnover on a fumble on the three-yard line, the Knights mounted an 11-play drive that took almost all the first quarter and ended on a short touchdown pass from Max Mendoza to Darious Bedford, as Soquel took a 7-0 lead.

Mendoza shared the quarterback duties with receiver Tanner Jones and the duo led the Knights to a 22-0 halftime lead that included a 19-yard touchdown pass from Mendoza to Bedford. The Mustangs gave the Knights scoring opportunities as three of the four King City turnovers resulted in scores. Soquel completed their scoring with a 29-yard field goal, a rushing touchdown by Mendoza and a touchdown by Jones.

The Mustangs avoided getting shut out, as quarterback Jonah Mendez threw a 24-yard touchdown pass to Jonathan Toledo early in the fourth quarter. King City attempted but missed on a two-point conversion for the final 32-6 score.

Offensively, the Mustangs finished with 143 rushing yards and 57 passing yards. Mendez led King City in rushing with 12 carries for 82 yards and Cesar Chaveza added 41 yards on seven carries. Abel Quintero contributed with two rushes for 21 yards. Mendez had a seven of 13 passing performance with one touchdown and one interception. Toledo had one reception on the 24-yard touchdown and Caleb Hood had three receptions for 21 yards.

King City will continue the season on the road with a game Friday against North Monterey County (6-2 overall) in Castroville.

“I want to see more focus and consistency as a collective in all three phases of the game,” said Villanueva. “We want to finish the season with a couple of wins. Caleb Hood was a standout defensively and Felix Dominguez had a good night on special teams against Soquel.”

The King City Broncos improved to 4-1 in the Mission Division after a 26-18 win over Soquel.