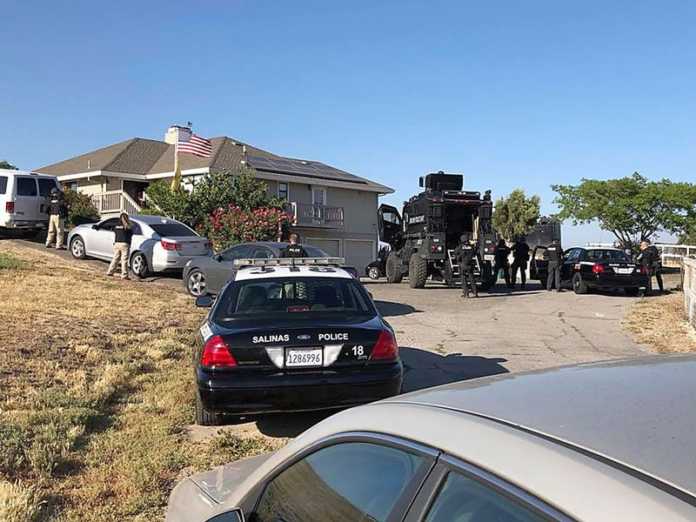 KING CITY — On June 7 at about 9:50 a.m., Salinas police officers responded to a victim of a shooting in the 1300 block of Rhode Island Street. On arrival they located the 43-year-old male victim suffering from a single non-life threatening gunshot wound to his lower body.

The investigation revealed that the suspect, later identified as Victor Alejandro Valdez, 21, contacted the victim asking to borrow money. The victim offered the suspect $100, but Valdez demanded all his money and credit cards. When the victim refused, Valdez shot him once before fleeing the scene.

On June 8, Salinas detectives and VSU and SWAT members served a search warrant at Valdez’s home on Pine Canyon Road south of King City. The suspect was not at the home, but evidence was recovered.

Detectives were able to establish communication with Valdez and convinced him to turn himself in. On June 10, just after midnight, Valdez peacefully surrendered to Monterey County Sheriff’s deputies and was turned over to Salinas police. He was taken to Monterey County Jail on charges of attempted murder, robbery and burglary.