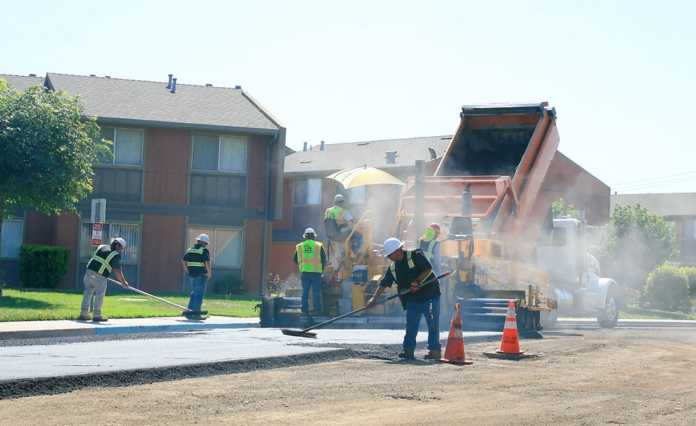 KING CITY — The City of King is beginning construction to repair two roads considered to be in the worst condition among local streets. The two road segments — Bishop Street and a portion of Bitterwater Road between Industrial Way and Airport Road — are scheduled to be reconstructed over the next two weeks.

Resurfacing of Bishop Street is currently underway, while work on Bitterwater Road will take place next week, from July 23 to 27.

Travel will be limited to one-way traffic at times in those areas, with the possibility of delays.

Both projects are part of the City’s five-year Street and Sidewalk Capital Improvement Program.

“One of the City of King’s top priorities is to increase maintenance of streets and sidewalks,” said City Manager Steve Adams. “As a result, the City Council recently adopted a five-year Street and Sidewalk Capital Improvement Program.”

Funding for the street improvement projects largely comes from the Transportation Agency for Monterey County Measure X sales tax and an increase in the state’s gas tax. Additional funding for future projects will be included in the City’s General Fund revenues.

“The overall plan proposes to gradually resurface a few of the worst streets each year, while at the same time applying slurry seal treatments to streets in better condition to prevent them from getting to a point where they need to be resurfaced,” Adams said.

Later this summer, slurry seal treatments are planned for the neighborhoods of Rio Vista Drive and Royal Coach as well as Mildred Avenue north of Broadway Street, Orchard Street, Copley Street and a portion of Vanderhurst Avenue and Queen Street north of King Street.