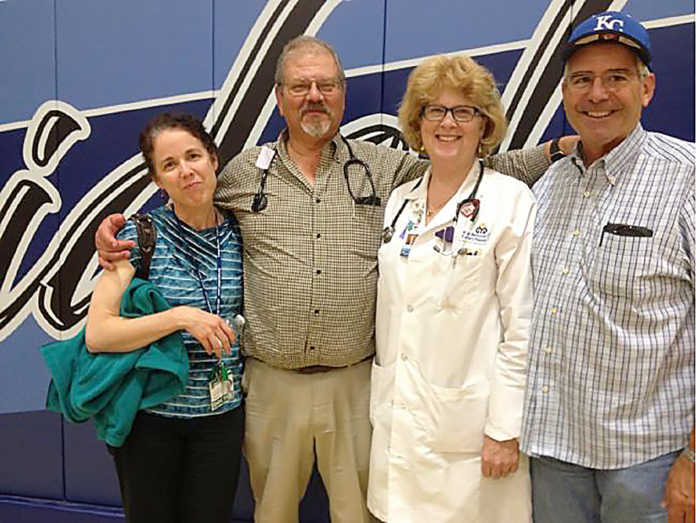 KING CITY — Doctors from Mee Memorial Hospital and from Natividad Medical Center provided free sports physicals to 130 students/athletes on June 6 at King City High School. The sports physicals will allow the participants to take part in summer training and the upcoming sports year.

“These physicals will allow these students to compete in any sport they wish for the entire 2017-2018 school year,” said King City Athletic Director Ralph Rianda. “The physicals were coordinated by Sarah Nash and Dr. Steve Harrison. Four physicians were on hand the day of the physicals and we are thankful that they donated their time.”