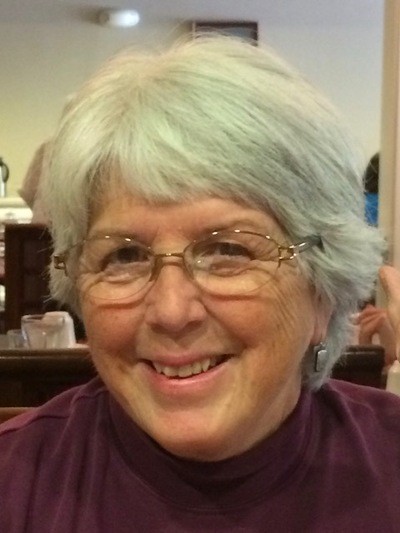 She was born in Galt, California; the daughter of William and Jean Dohn. She graduated from Galt High in 1964 and from San Joaquin Delta College, as an Art student, in Stockton in 1966. Donna’s first job was working with disabled children in San Joaquin Valley, beginning a lifelong career in the service of others.

Donna’s first marriage to Ken Range, and a Highway Patrol transfer, brought her to King City in 1973 where she raised her children, Sandy and Paul, in the Pine Canyon area.

Donna later remarried Rudy Acosta, and expanded her family to include four more daughters, much to her delight. Rudy and Donna had a happy and loving relationship and just recently celebrated their 30th Anniversary on August 12, 2019.

Donna worked in King City at the Rural Health Project, which later became known as RHP Services, for 18 years. During her tenure she worked with many special needs families in the community. In 1980 she helped start a special needs program in the local elementary school, a toy lending library for migrant families with disabled children, and various other services within the community.

In 1984 Donna was instrumental in establishing the Southern Monterey County Crisis Line in King City which began with just a few volunteers. Donna would often run out in the middle of the night to respond to crisis calls throughout the valley.

As Supervisor for RHP Services, she oversaw several programs servicing the South County for DUI Classes, Alcohol and Drug counseling, Mental Health Services, Child Protective Services and a Homeless/Runaway Project. In 1990, Sunstreet took over the program and Donna transitioned careers.

More recently, Donna retired from the Correction Training Facility in Soledad after 18 years in her position as the Return to Work Coordinator. She particularly enjoyed her role at the prison as she was able to do what she enjoyed most, helping people through difficult or trying circumstances.

Donna will be remembered as a selfless and devoted wife, loving mother, and steadfast friend who always had time for a smile or a chat. All who knew her will recall her many acts of kindness, her quirky sense of humor, and love of making lists. She found great satisfaction in painting, decorating, and remodeling, always working to make her home a warm and inviting place for family and friends. She enjoyed traveling and collecting momentos from the various trips she took over the years.

Donna’s quiet courage and unshakeable optimism were an inspiration to those around her as she worked through the long and difficult treatment regimen resulting from a stage four Ovarian Cancer diagnosis in 2014. Her humility, concern for others, and irrepressible sense of humor remained intact until the very end.

IN LIEU OF FLOWERS, the family would appreciate donations to Sun Street Center or Sol Treasures, both in King City.