SALINAS VALLEY — Monterey County Health Department reports that 475 agriculture workers, or 36.79 percent of the county’s total confirmed cases, have been infected with Covid-19 as of June 22.

A large gap separates that figure and the 261 “unknown or under investigation” category, and another almost-halved gap separates from the third most-infected category, 134 retired or unemployed. The next employment-related category, educational and childcare, totals 108 cases, or 8.37 percent of total confirmed cases.

Local municipalities have released bilingual preventative recommendations through videos, posts and informational fliers in an effort to reduce the infection rate, and Natividad Medical Center in Salinas issued public service announcements in multiple languages, including Triqui and Mixteco.

However, proactive informational efforts toward agricultural workers have not visibly reduced their significant portion of cases.

“We continue to look at what appears to be disproportionate representation of Covid-19 among the Latino population and agricultural workers,” said Dr. Edward Moreno, the county’s health officer, in a press briefing June 19.

“We in public health have and continue to work with people who have Covid-19 who admit that they’re ag workers, too,” Moreno said.

He said the county’s case workers identify such individuals and help them get “to a place where they can isolate and take care of themselves and not expose additional people,” in case an ag worker’s living conditions prevent them from isolating from roommates or family.

This has included the setup of Alternate Housing Sites in King City and Monterey, with the San Lorenzo Park site in King City hosting 10 trailers, each capable of housing seven people. As of June 19, there were no residents assigned to shelter in those quarantined sites.

The county has isolated such persons through a partnership with the Grower-Shipper Association of Central California. The county, however, specified less than 5 percent of cases are referred to that program, which also doesn’t ask for occupation information.

“We have worked with some of our local hospitals to specifically get testing more accessible to our farmworker community,” Moreno said about ongoing efforts.

The question of workplace contamination has remained a concern, as agricultural labor commonly has groups of workers close together either in the rows of crops or packed onto machines.

“There is no 5 feet, 6 feet distance when you’re riding a bus of 50 or more,” said Margarita Lopez during a March city council meeting in King City, warning of the continued risk to laborers caused by busing. She noted the education, responsibility and liability needed to be with the employers.

As weeks of shelter-in-place orders stretched on into months, numerous reports of seeing ag workers packed into buses continued.

“The ag commissioner has issued updated guidance for employers of workers in the ag industry and also provided for measures and strategies to promote physical distancing,” Moreno said of the county’s involvement in the industry.

If employees feel their employer is putting them at risk for Covid-19 infection through unsafe practices or by ignoring protocols and guidelines, they can seek help through multiple avenues.

“In a pandemic, employees can certainly call our Covid telephone number and report with or without providing their name, the working conditions,” Moreno said. “The ag commissioner is primarily responsible for providing oversight for use of pesticides, and is another avenue that workers could access to complain about working conditions.”

He added that those workplace protections could fall within the commissioner’s scope.

“Even outside of a pandemic, workers and anyone for that matter, can also voice concerns about work conditions to Cal/OSHA, who has the responsibility statewide for putting standards for employers for the purposes of protecting workers in California,” Moreno said.

SALINAS VALLEY — Jesse Holguin retired from Gonzales Irrigation Systems on Dec. 31, wrapping up a career of 40 years with the company and...
Read more
Focus on Agriculture

SALINAS VALLEY — A new exhibition at the National Steinbeck Center in Salinas highlights a diverse generation of women innovators and their contribution to...
Read more
COVID-19

SALINAS VALLEY — Standing in his vineyard as a brisk wind runs amuck with his curly, sandy-blonde hair, Denis Hoey reveals why the Salinas...
Read more 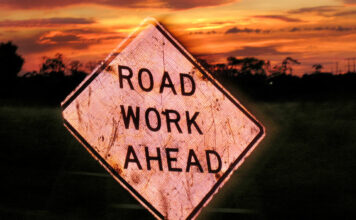