UPDATE: Delgado was located at a fast-food restaurant in Nipomo on June 26. He was taken into custody and transported back to Salinas Valley State Prison.

SOLEDAD — California Department of Corrections and Rehabilitation officials are searching for a minimum-security inmate who walked away from Salinas Valley State Prison’s Minimum Support Facility in Soledad on Tuesday.

Edgar Delgado, 37, was reported missing by an anonymous phone call to an Investigative Service Unit sergeant. An emergency count conducted at about 8:20 p.m. on June 23 confirmed Delgado was missing.

CDCR’s Office of Correctional Safety, California Highway Patrol and local law enforcement agencies have been notified and are assisting in the search.

Delgado is described as a Hispanic man with black hair, brown eyes and a goatee. He is 5 feet, 7 inches tall, weighs 156 pounds and was wearing a gray sweatshirt and gray sweatpants.

Delgado was admitted from Santa Barbara County on March 1, 2019, to serve a four-year sentence for possessing or owning a firearm by a felon and possession of a controlled substance for sale. He was scheduled to be released in June 2021.

“Anyone who sees Delgado should immediately contact law enforcement or call 911,” CDCR officials said in a news release Wednesday.

In addition, anyone with information about or knowledge of his whereabouts should contact the SVSP Watch Commander at 831-678-5500, ext. 5542. 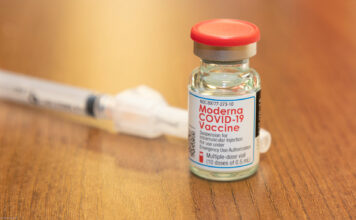