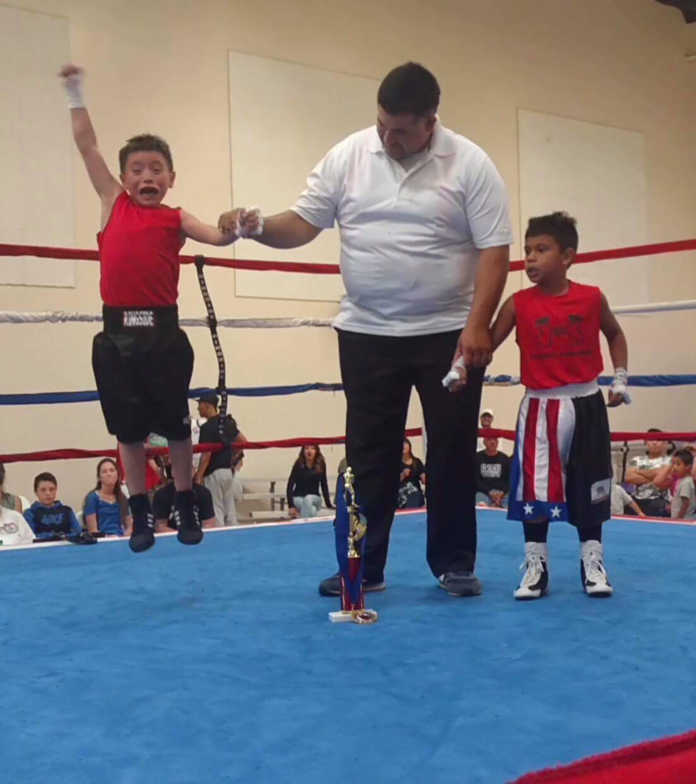 PASO ROBLES — Over 20 boxing clubs attended Saturday’s Battle of the Coast boxing show that was hosted by the San Ardo Boxing Club at the Kennedy Fitness Club in Paso Robles. Boxing clubs from Fresno, San Jose, Santa Maria, Modesto, Salinas and Bakersfield participated in the event.

“It was a super good show,” said San Ardo Boxing Club coach Rodolfo Tapia. “More than 300 people showed up and everyone liked the facility where we boxed. Little Ivan Almanza (55 pounds) took first place and Julio Martinez did a super good job against a boy with more than 80 fights. All my boys put on a good show especially Kevin Perez who was the main event and got first place. I am so proud of all of my boxers. I would also like to thank the Kennedy Fitness Club for being our biggest sponsor and for letting us have the event at their place for no charge.”

On July 1 San Ardo and King City Boxing Club members will be representing South County in a boxing show at the Salinas Rock Gym.