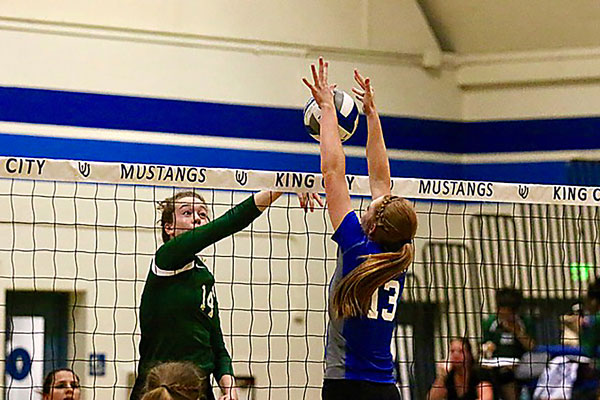 Grace Shepherd was a beast at the net as she smashed 27 kills against the Breakers. Megan Flores added seven kills and led the team with 22 assists. Cassidy Flores contributed with 16 assists Julyssa Arreola had 16 digs and Nancy Andrade finished with 15 digs.

“Catalina is the top team not only in our league but in CCS too (Central Coast Section),” said Coach Debbie Hudson. “They (Cougars), have four All-League players back and they are undefeated this year. Gonzales always plays tough and will be aggressive.”