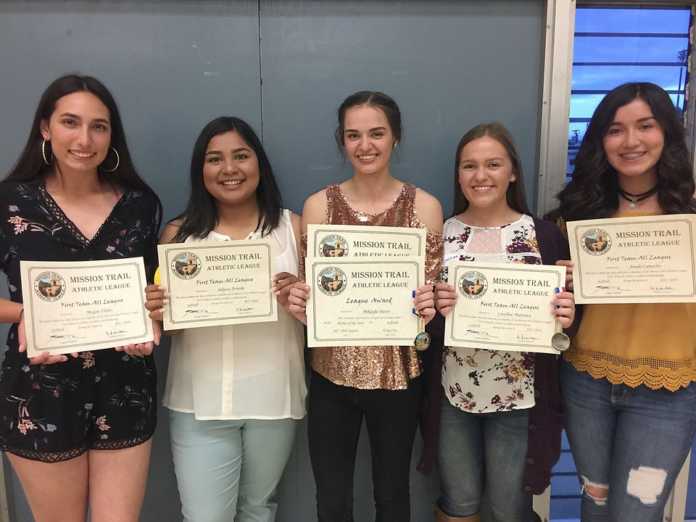 King City completed the league season in a tie at 7-4 with the Greenfield Lady Bruins and had an overall record of 8-8.

Head coach Joy Flores and assistants Britt Davis and Vanessa Partida joined the players and their parents were treated to a delicious meal prepared by Ana Camacho and Eliza Arreola.

First-team All-Coastal League certificates and medals were given to Flores, Arreola, Davis, Martinez, and Camacho. Davis also received the Coastal League Pitcher of the Year Award.