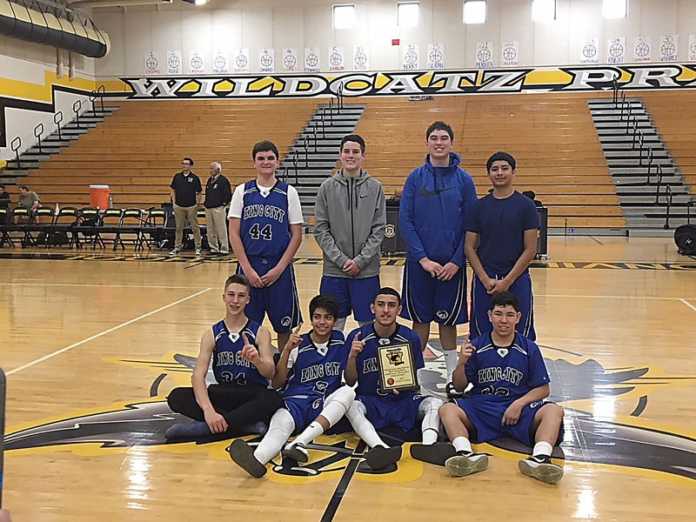 “We turned around our only loss of the year (43-40) to Alvarez from the second game of the season,” said Pony coach Ken Kline. “The difference was the free throw line where we outscored them by 12 points. We hit 15 off 22 for 68 percent and they were three of eight. It was also a strong performance by our post players.”

In the blowout with the Harbor Pirates seven of the eight Pony players scored and the 68 points was a season high for the team. Four players scored in double figures and the Ponies made seven of 10 free throws (70 percent).

In the championship game Mendez hit big basketball in the fourth quarter and Morales added three-point play in the closing minutes to keep the lead for King City. Valdez, Hood, and Salcido combined for five free-throws.

“We outscored them 9-0 in the second quarter to take a 20-9 halftime lead,” said Kline. “They scored the first 10 points of the second half and the rest of the game was a one or two point margin. Free throws were the difference as we made 10 to their two. We were 10 of 20 which is not quite as good as we have been shooting.”

Hood led King City with 14 points, and Salcido and Morales scored eight points apiece. Other scorers for the 11-1 Ponies were: Cortez with six points; Valdez with four; Mendez with two, and White with two.