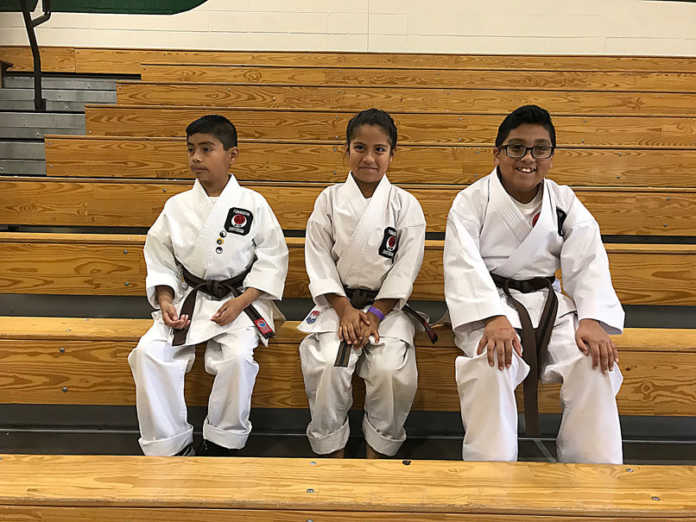 SOUTH COUNTY — Students from Carrillo’s Karate Do Studios in King City and Greenfield came home with medals after competing on Saturday at the 29th Annual Fall Karate Championships and Demonstration at Homestead High School in Cupertino. The event was hosted by the Funakoshi Shotokan Karate Association.

Gold, silver, and bronze medals were presented in the youth and adult Kata and Kumite ranks. All other participants received “Fighting Spirit” medals. Students from King City, Greenfield and Soledad competed with students from Washington and Sacramento Dojos along with the host Dojo from Milpitas.