Despite major progress, the City of King continues to face significant financial challenges, which have increased with the economic impacts of Covid-19. The City has a limited tax base, a negative General Fund balance and tremendous needs.

Following the outbreak of the pandemic, the City quickly developed and approved new financial strategies, which involved a number of budget reductions.

One of the key strategies to address important needs while increasing financial stability is to expand efforts to access grant funding. A major effort has been put forth to identify and apply for grants. This past month, the City has begun to see some successes from this effort.

The most significant item was the State’s approval of the City’s Community Development Block Grant (CDBG) application for $3.5 million for sidewalk repairs and improvements. This is the City’s fourth attempt to obtain this funding because addressing sidewalk deficiencies is such a critical need. The grant funding will be instrumental in improving pedestrian accessibility and public safety throughout the community.

Another major goal has been improving the downtown, and the City was recently notified that it will be awarded over $1 million from two grants to expand and improve corner bulbout areas on Broadway Street. These improvements are part of the City’s Downtown Streetscape Plan. The purpose is to make the downtown area more attractive and pedestrian friendly.

The City is excited to announce that it has received approval for a California Violence Intervention and Prevention (CalVIP) grant of $460,000 to expand its Road to Success youth diversion program. The program diverts youth from entering the juvenile justice system and/or prevents school expulsion through an individualized diversion plan developed in concert with the youth’s parents. It is provided under contract by Sun Street Centers and was a key component of the City’s Comprehensive Plan to End Youth Violence.

The City has been applying for a number of miscellaneous small grant opportunities for funding to assist residents that have been impacted by the pandemic. Thus far, three grants and additional contributions totaling over $275,000 have been secured to fund a new program that will provide rental, mortgage and utility bill assistance for qualifying households whose income has been reduced as a result of Covid-19. In addition, one grant application has been approved and others are pending for funding to help provide assistance to the homeless.

Meanwhile, work is underway to update the City’s General Plan with two approved State grants totaling $225,000, and another application has been submitted. The General Plan is a critical land use document, which has been deferred in the past due to a lack of funding needed to complete what is a costly process.

Planning work is also under way on preliminary plans for the proposed multimodal transportation center with a grant of almost $1.5 million approved last year, and park funding has been awarded that will be used for renovation of the skate park.

These efforts are an example of the City’s dedication and focus on its mission of meeting the needs of the community. You may learn more on the City’s website at www.kingcity.com, like us on Facebook or contact City Hall at 385-3281 with questions. 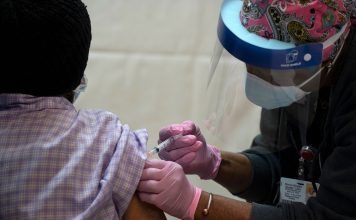