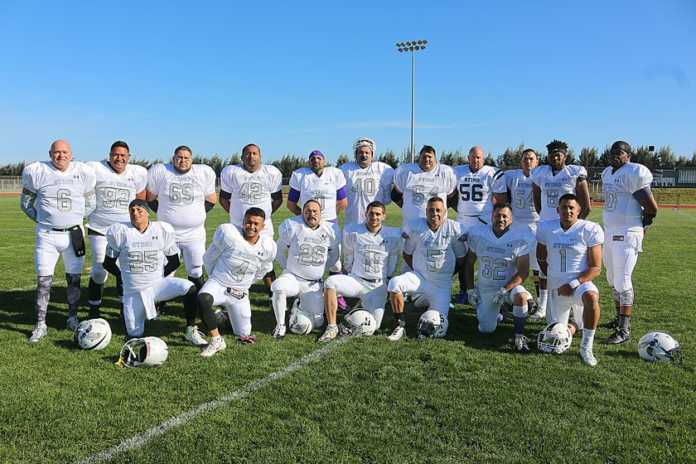 The CTF Sting football team split their squad in half to play the game that was a benefit for the Greenfield Athletic Program.

Virgil Binning of the Grey team was a defensive standout with two fumble recoveries and an interception that led to the score from Baker to Amezcua. The Sting football team will be playing another game before hanging up their football cleats to play CMC at Paso Robles in basketball.