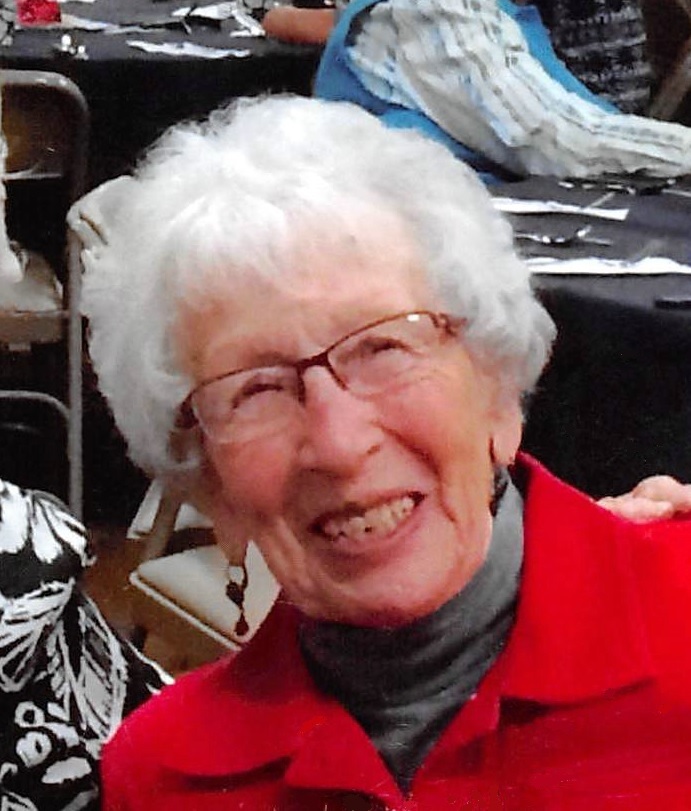 Delfina “Del” Margaret Fancher, 92 of Paso Robles passed away Tuesday, March 28, 2017 at her home with her family at her side. She was born March 25, 1925 in Arroyo Grande, Calif. She was one of 17 children born to Manuel and Mary Perry.
As a child, she and her family lived in the Irish hills of San Luis Obispo County. She married Abner Fancher in 1951. Together they had four children. They lived in Santa Margarita before moving to Hollister, California.
Del was a soft spoken person with a heart of gold. Her smile was unforgettable. Del’s most cherished possession was her family. She always sent birthday cards and was always excited to celebrate her own. She always looked forward to family coming to visit and going to visit family. Just receiving a phone call from loved ones made her day and meant so much to her. Her annual family reunions were something she always looked forward to attending.
Del was very active in her community. She was a member of the VFW Women’s Auxiliary and Lioness Club of Hollister. She was an exceptional fund raiser for the organizations. She recently became a member of Silver Kings and Queens in King City. One of her enjoyments was participating in Ladies Red Hat Society because red was her favorite color. She enjoyed reading and watching television. Del always looked forward to spending time with her friend, Peggy Flansberg.
Del is preceded in death by her son, Dale Lyman Fancher; husband, Abner and all siblings but one brother. She is survived by her children, Janet (Ray) Beelart of Texas, Michael (Michele) Fancher of North Carolina, Geneva (Robert) Eddington of Paso Robles; 8 grandchildren; 8 great grandchildren and 1 great great grandchild; her older brother, Andrew Perry; brother-in-law, Polk (Reyna) Fancher, sister-in-law’s Osie Perry and Brenda Fancher and an outrageous number of nieces and nephews.
A Celebration of life will be held, 11:00 a.m., Saturday, April 8, 2017 at the Hollister United Methodist Church, 521 Monterey St., Hollister, CA 95023.
In lieu of flowers, donations may be made the charity of your choice in remembrance of Del.
For additional information, contact Eddington Funeral Services, (831)385-5400. For on-line condolences go to, www.EFS-Cares.com
Arrangements were entrusted to Eddington Funeral Services, 429 Bassett St., King City, (831) 385-5400 www.EFS-Cares.com .