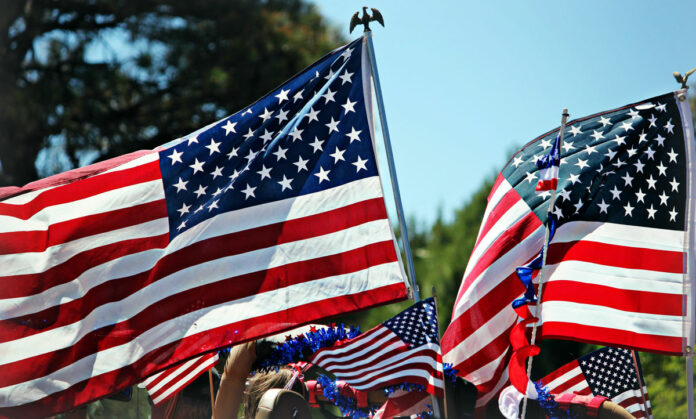 KING CITY — A group of community members will cruise through King City as part of an organized Independence Day drive on July 4, after other festivities throughout the county were canceled over Covid-19 health concerns.

The group will begin lining up at 8:30 a.m. at the corner of Division Street and San Lorenzo Avenue and plans to roll out from that spot between the fairgrounds and the city park at 9 a.m. sharp, with latecomers invited to join at the back of the pack.

The caravan of cars will then travel along larger roads, such as San Antonio Drive and both sides of Mildred Avenue, as well as pass through Broadway Street.

Elaine Rosales spearheaded the effort by first pitching the idea through Facebook, then proceeded with a plan once she found community support. Hermie Robles, who was a co-organizer for the Mustang Sendoff caravan, helped plan the Independence Day route along areas where people could gather in parking lots while observing social distancing guidelines.

“We’re going to have a cruise through town and have a good day,” Rosales said. “We’re doing it early so everybody can still spend the day with their families barbecuing.”

As of last Friday, Rosales said she had 80 people interested in joining the cruise, with the possibility or more joining as the date draws closer. She said the group will keep to a speed of around 10 to 15 mph, in order to allow bystanders to see the decorations and cars.

Rosales said the group will follow traffic rules and will require all vehicles involved to be street legal. She said they will also observe social distancing to reduce risk of Covid-19 infection.

It was the risk of infection leading to the cancellation of the city’s parade, car show and fireworks, which inspired Rosales to first get the process moving.

“When I read that we weren’t going to be having anything going on, I was a little upset,” Rosales said. “I feel that Independence Day, with everything that’s going on right now, is a very important day. We can’t not celebrate that day.”

When she considered what could be done, Rosales said driving seemed the solution.

“We can’t have the parade but we can still drive,” she said.

She recommended drivers get decorations from local businesses, especially flags, and be ready to roll through town with a patriotic theme and have their stereos ready to play music out loud as part of the festivities.

“We can all blast music and have a good time,” Rosales said. “I think the kids deserve it and the community deserves it, because not celebrating anything on Independence Day is not the way to go.”

Rosales noted South Monterey County’s ability to come together as a community during difficult times.

“I just want to keep traditions going, because once you let go of those traditions, history melts away,” Rosales said.

As for continuing the tradition, Rosales said it would be possible to put together another cruise next year if there are health concerns in 2021, or the cruise would be an added event to the roster if things are back to normal.