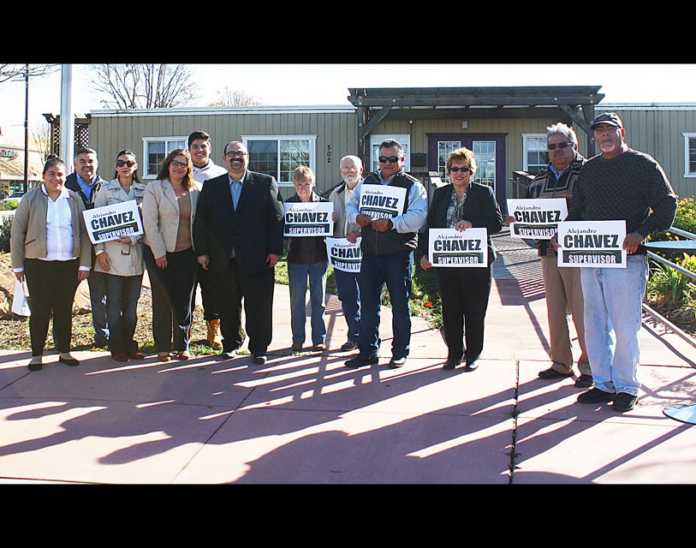 SOLEDAD — A new contender has entered the race for the District 3 position on the Monterey County Board of Supervisors. Alejandro Chavez of Soledad announced his candidacy Jan. 4 in front of the Soledad Pinnacles Visitor Center.

Chavez currently serves as the Soledad mayor pro-tem and is competing for the spot that will be left vacant by Supervisor Simon Salinas, who plans to retire from office in early 2019. Salinas’ career has spanned nearly three decades of service in public office.

Prior to his term as mayor pro-tem, Chavez was the executive director of a non-profit organization that provided substance abuse services to youth and young adults who were “trapped in the cycle of drug use.” He also served as chair of the Transportation Agency of Monterey County (TAMC) and was part of the Measure X development.

“I believe that we have not gotten fair attention that we need and the resources that we need down in South County, and that will change,” Chavez said. “Our agricultural community and our wine industry are valuable jewels that are part of this area and I will make sure that they deserve the valuable attention that is necessary to make sure that they continue to prosper.”

Chavez is joined in the race for Monterey County supervisor by Chris Lopez, who currently serves as Salinas’ chief of staff.