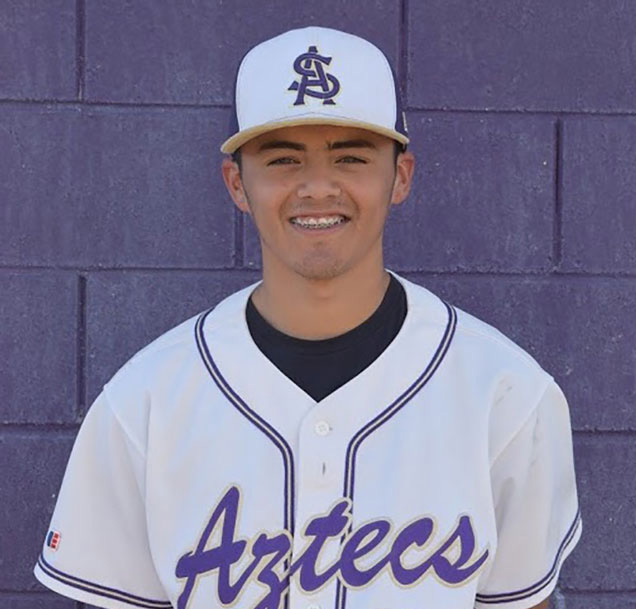 SOLEDAD — A pair of one-run losses to Pacific Grove will have to be forgotten for bit as the Soledad Aztec baseball team is battling with two other Mission Trail Athletic League teams for the automatic Central Coast Section playoff berth. The Aztecs are 12-4 and 19-6 overall and will conclude the regular season with away and home games with the King City Mustangs (12-4 in league, 17-8 overall).

At Pacific Grove on Tuesday May 3rd senior Aztec pitcher Adrian Lopez had a strong game in a 1-0 loss to the Breakers. Lopez three a one-hitter in the tough 1-0 loss. Pacific Grove scored the winning and only run of the contest in the bottom of the sixth inning.

Yesterday afternoon the Aztecs traveled to King City for a crucial game with the Mustangs. On Friday Soledad will host the Mustangs in the final game of the regular season and for a spot in the playoffs.