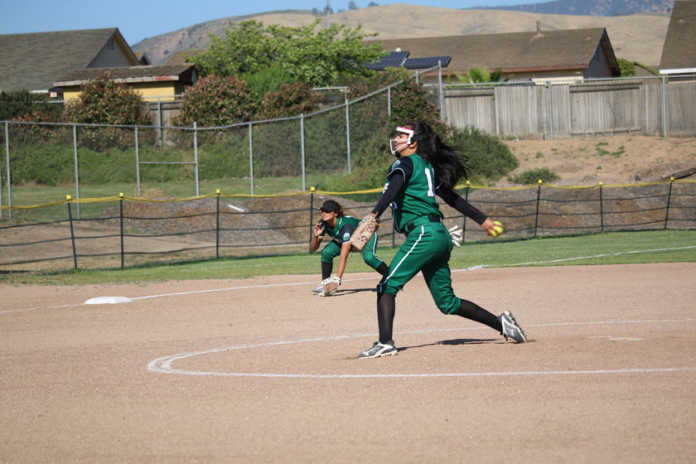 SOLEDAD — Despite finishing with a league mark of 8-6 an overall record of 17-10, the Soledad High Lady Aztecs were unable to secure a Central Coast Section playoff berth. Soledad won its last two league games against Robert Louis Stevenson and Greenfield but losses the previous week to Pacific Grove and Santa Catalina and a loss to Carmel on April 28 knocked the Aztecs out of playoff contention.

In last Tuesday’s game at Pebble Beach, Soledad defeated the Stevenson Pirates 16-3. The Lady Aztecs hammered out 16 hits including three hits by Savannah Bermudez who hit a homerun. Monique Rodriguez added a hit and three RBI’s.

Last Thursday in Soledad the Lady Aztecs fell behind to the Bruins by six runs but rallied to claim a 19-7 victory. Celeste Canchola hit two homeruns and finished her last game as an Aztec with eight RBI’s. Adriana Valdez added three hits in her last game for Soledad High.

Greenfield finished the league season at 3-11 and were 4-11 overall.

Yvonne Pantoja pitched for the Lady Bruins in the loss to Soledad. On Tuesday May 9th Greenfield was beaten 27-0 at home against the Santa Catalina Cougars.