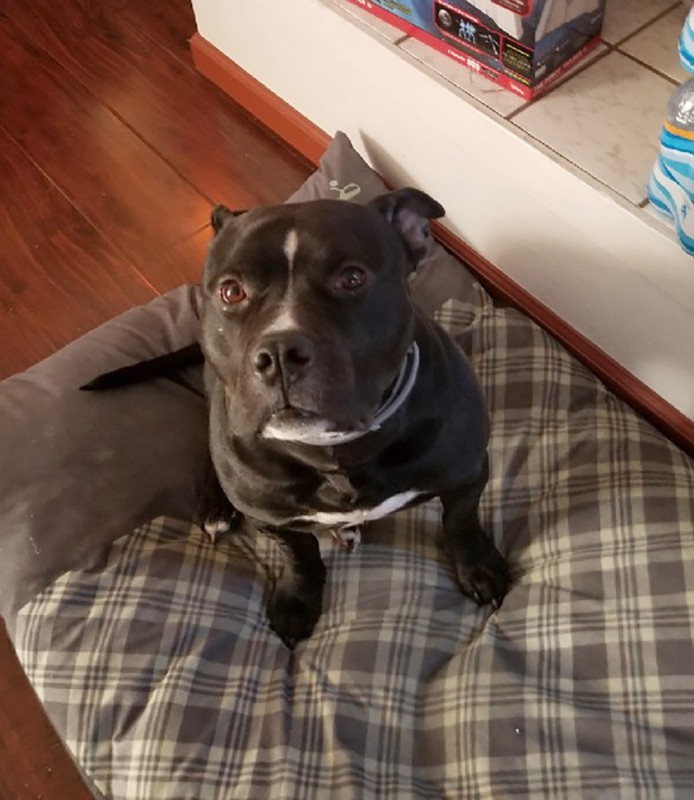 Contributed Photos
Devonte Sirwet-Perea was arrested March 29 for stealing and torturing Kato, a pit bull (below).

SOLEDAD — Monterey County Sheriff’s Office has arrested a man in connection with an animal cruelty case involving the theft and torture of a dog that was found severely burned near Soledad.

According to the Society for the Prevention of Cruelty to Animals (SPCA) for Monterey County, a Soledad police officer found the injured black-and-white American pit bull on Metz Road, just outside Soledad’s city limits, on March 27 at 9:30 a.m.

The pit bull, named Kato, was suffering from burns that covered 90 percent of his body and was taken to a nearby veterinarian hospital, where he had to be euthanized for “humane reasons,” SPCA officials said. It was later learned that the dog had been stolen from a residence in Soledad.

The investigation was turned over to SPCA’s Humane Investigation Unit, which offered a $1,000 reward for information leading to the arrest and conviction of the person responsible. With the help of the community, the suspect was identified as Devonte Sirwet-Perea.

Following up on leads, sheriff’s deputies located and arrested Sirwet-Perea, who was also found in possession of illegal narcotics, on March 29 in Salinas. He was taken to Monterey County Jail on charges of animal theft, animal cruelty, arson and possession of controlled substances.

“The pain and terror this poor dog endured must have been unimaginable,” said Beth Brookhouser, SPCA Director of Community Outreach, in a news release. “No living being should ever suffer like that. We are thankful to the Monterey County Sheriff’s Office for locating the suspect, and thankful to our community for the outpouring of support over this horrific case of animal cruelty.”