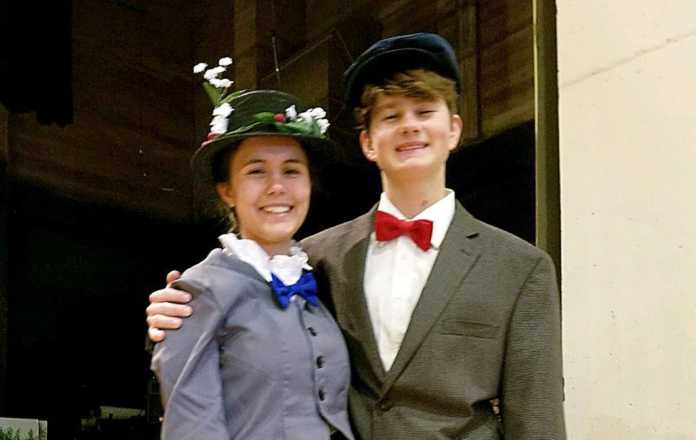 This musical production is a collaboration between Sol Treasures and King City High School and runs Friday and Saturday, March 23 and 24, at 7 p.m., and on Sunday, March 25, at 2 p.m.

Sol Treasures is celebrating its 10th anniversary this year and “Mary Poppins Jr.” is the 16th production of its Children’s Theater Program.

“This is a terrific story for the whole family to enjoy,” says Sol Treasures.

Directed by Jeff Hinderscheid, with musical direction by Celestina Ripley, the musical features 38 students, ages 8 to 17, acting, singing and dancing their way across stage.

The musical is based on the stories of P.L. Travers and the Walt Disney film and is presented through special arrangement with Music Theatre International.

These programs are only possible thanks to Sol Treasures staff and the countless hours donated by volunteers who help provide artistic and acting opportunities for local students.