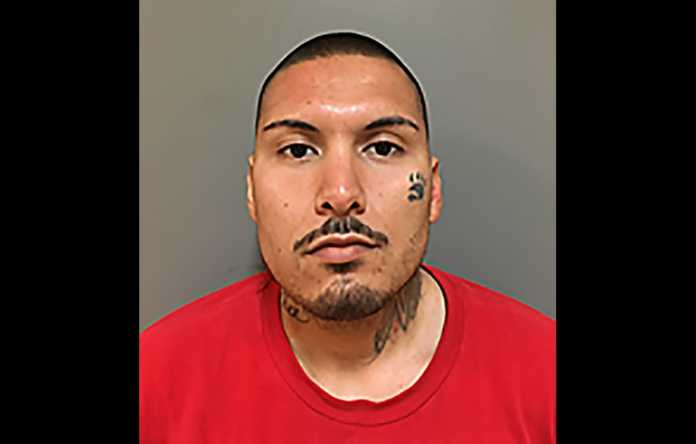 KING CITY — Local law enforcement is asking for the public’s help in finding a King City man who stabbed his girlfriend multiple times Tuesday night in the 100 block of Division Street before fleeing the area.

According to the King City Police Department, officers responded to a report regarding a domestic violence incident that resulted in a stabbing Feb. 20 at 8:23 p.m. The female victim, whose name was withheld, suffered multiple stab wounds inflicted by her boyfriend and father of her child, Giovani Velasquez.

Velasquez, 23, fled the area in a gray Toyota driven by Alonzo Marquez, 24, a local transient. Shortly after, California Highway Patrol stopped the vehicle at the northbound Highway 101 offramp at Canal Street and Velasquez ran away on foot. His whereabouts are currently unknown.

Marquez was arrested and taken to Monterey County Jail on charges of being an accessory after the fact and possession of methamphetamine and drug paraphernalia.

The victim was taken to a local trauma center with non-life threatening injuries.

Velasquez is wanted for assault with a deadly weapon, domestic violence, child endangerment, destroying or concealing evidence and delaying or obstructing an officer.

Anyone who finds Velasquez is asked to contact law enforcement immediately. King City Police Department can be reached at 831-386-5980, or call the WeTip line at 1-800-78-CRIME.

Greenfield and Soledad police departments, along with the California Highway Patrol and Monterey County Sheriff’s Office, assisted with this incident.