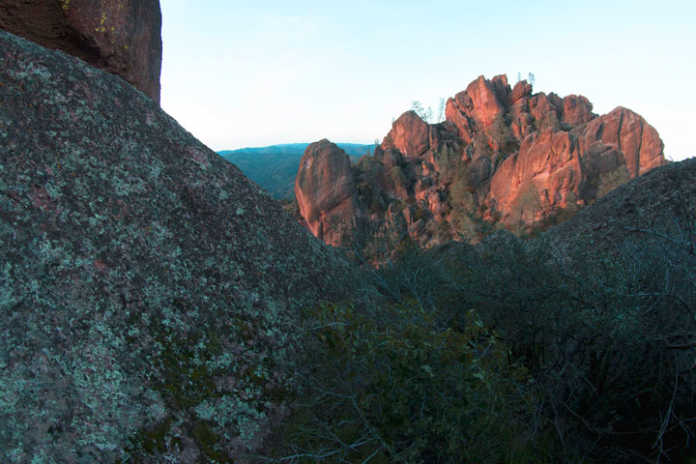 MONTEREY COUNTY — A new National Park Service (NPS) report shows that 215,555 visitors to Pinnacles National Park in 2016 spent $12.6 million in communities near the park. That spending supported 172 jobs in the local area and had a cumulative benefit to the local economy of $15.5 million.

“Pinnacles National Park welcomes visitors from across the country and around the world,” said Superintendent Karen Beppler-Dorn. “We are delighted to share the story of this place and the experiences it provides. We also feature the park as a way to introduce our visitors to this part of the country and all that it offers.”

Beppler-Dorn said national park tourism is a significant driver in the national economy, returning more than $10 for every $1 invested in the National Park Service.

“It’s a big factor in our local economy as well,” she added. “We appreciate the partnership and support of our neighbors and are glad to be able to give back by helping to sustain local communities.”

Pinnacles transitioned from National Monument to National Park in 2013, with the vision of recognizing its resources while providing economic benefit to its local communities.

“Since that time, we have seen increasing visitor interest in the park from both within the state of California and beyond. The park is renowned for its hiking, climbing and the opportunity to catch a glimpse of California condors on the wing,” Beppler-Dorn said.

The peer-reviewed visitor spending analysis was conducted by economists Catherine Cullinane Thomas of the U.S. Geological Survey and Lynne Koontz of the National Park Service. The report shows $18.4 billion of direct spending by 331 million park visitors in communities within 60 miles of a national park. This spending supported 318,000 jobs nationally; 271,544 of those jobs are found in these gateway communities. The cumulative benefit to the U.S. economy was $34.9 billion.

The report includes information for visitor spending at individual parks and by state.

To learn more about national parks in California and how the National Park Service works with California communities to help preserve local history, conserve the environment and provide outdoor recreation, go to nps.gov/CALIFORNIA.