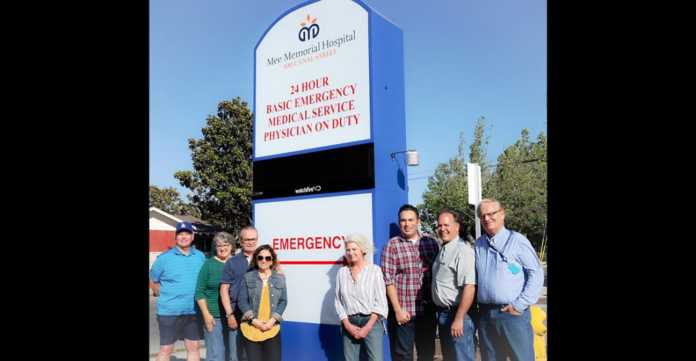 KING CITY — Mee Memorial Hospital Foundation has donated a new sign for the front of the hospital.

After getting approval from the city, the new sign was erected right on Canal Street, replacing an old sign that has been in place since the hospital open.

Former Mee Memorial Hospital Foundation president and current board member, John Buttgereit, was the original designer of the sign, something he created back in his teen years.

The new sign got a modern facelift, along with scrolling capabilities for the hospital to run rollout announcements. This feature will allow the hospital to keep the community up to date with hospital happenings.

In addition, the sign is more visible from the street, allowing people at night to see where the hospital and ER entrance is.

Mee Memorial Hospital said it is grateful to the Foundation for the new sign and all it does for the hospital and looks forward to getting much use of the new sign.