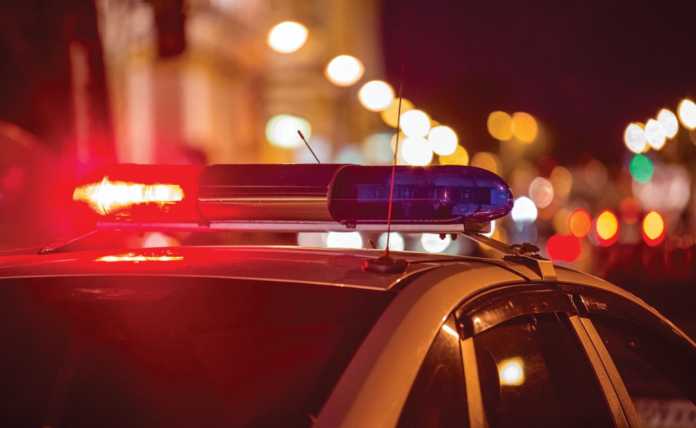 According to the South County Major Crimes Investigations Unit, 38-year-old Jose Raul Aceves, a known Sureño gang member, entered the 7-Eleven store at 801 Broadway St. around 4 p.m. on Sept. 4 and asked the female clerk for a pack of cigarettes. When she turned around, Aceves pointed a knife at her and demanded cash from the register.

“The clerk, fearing for her safety, opened the cash register and the suspect took an undetermined amount of U.S. currency from the register,” police said in a news release.

After receiving an undisclosed amount of cash, Aceves then fled the store on a bicycle, riding northbound on Canal Street and out of sight. King City and Greenfield police officers, along with investigators from the Major Crimes Unit, responded shortly after the robbery.

While law enforcement was on scene, Aceves rode by the store on his bicycle and was confronted by police. He was pushed off his bicycle and then fled on foot westbound on Broadway Street.

As he was fleeing the area, Aceves began pulling money out of his pockets and throwing it in the air. Police said the cash was recovered by officers.

After a short foot pursuit and a struggle, Aceves was taken into custody in the 900 block of Broadway Street. During the booking process, he also was found to be in possession of methamphetamine and a syringe.

Aceves was taken to Monterey County Jail on charges for armed robbery, assault with a deadly weapon, resisting arrest by force, possession of a controlled substance and possession of drug paraphernalia.

Anyone with further information regarding this case is encouraged to contact Det. Joshue Partida of the Major Crimes Unit at 831-386-5991.