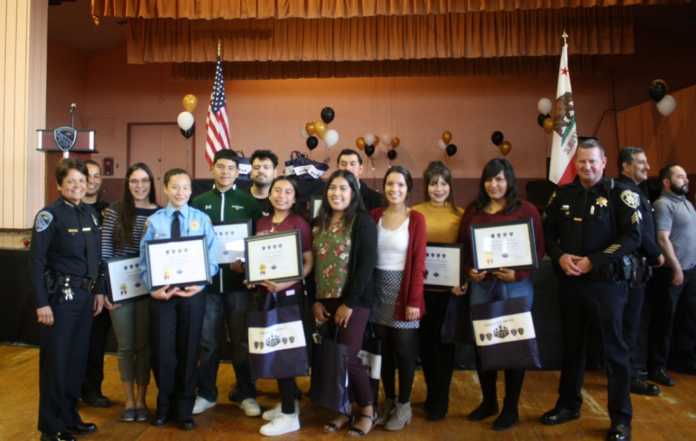 The Community Police Academy is the product of a grant the four South County cities received to strengthen the relationship between law enforcement and the community. Greenfield and King City coordinated one police academy for their residents, and Soledad and Gonzales coordinated another.

“Twelve weeks ago we started a journey to get more familiar with law enforcement, what we do and how we do things,” Greenfield Police Chief Denise Oglesby said at the May 31 ceremony.

“I hope that the course has helped you with a better understanding,” Oglesby added.

Jaclyn Perez, class president and resident of King City, didn’t know what to think about being surrounded by police officers when she started the academy.

“Are they going to be mean or rude? What’s it going to be like,” Perez said. “As the sessions continued I made friends and got to know some of the policemen. But we had failed as a community to see that these cops are also human.”

Perez said the experience was eye opening. The approximately three-month-long program teaches residents of each community that the police are here to protect them.

According to Soledad Police Chief Eric Sills, this is the second academy that has been jointly between two cities in the past two years.

“It is reassuring to me and all of us to know that we now have some friends out there who understand what we do a little bit more,” Sills said. “It’s a difficult job to be a police officer, so it’s good that you have a little bit more of an insight to realize there’s two sides to the story.”

A total of 19 students from Greenfield, 14 from King City, 17 from Gonzales and seven from Soledad graduated as part of this year’s South County Community Police Academy.